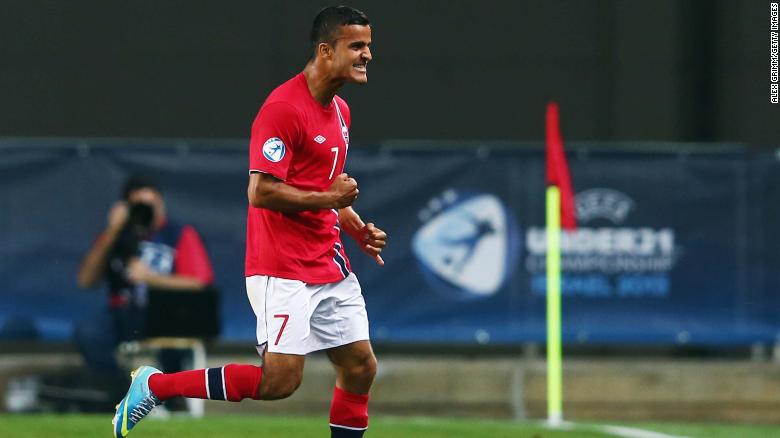 Harmeet Singh celebrates his team’s second goal during the UEFA European U21 Championship opening match between Israel and Norway at Netanya Stadium on June 5, 2013 in Netanya, Israel.

Footballer Harmeet Singh wants to inspire other Indians to get onto the pitch.

Born and raised in Oslo, Norway, of Indian parents and once hailed by Spanish coach Pep Guardiola, the 28-year-old midfielder has been dubbed by some European media outlets as the “Norwegian Iniesta.”

“My name can relate to millions of people in India and all over the world. When they (Indian youths) see their name, they will be proud, and say, ‘Hey, I want to be like Singh,'” he says.

Singh attributes his strong work ethic to his parents’ hard graft when they moved from Ludhiana, in the northern Indian state of Punjab, to Norway in the 1980s.

His mother juggled her time, taking care of her children while working in a canteen and learning to speak Norwegian. His father held down three jobs: gardening, working in a pizza restaurant and driving a taxi.However Singh wasn’t the easiest child to raise.

Around the age of four, Singh’s grandparents enrolled him in a school at Ludhiana in hopes he would learn discipline.But after a year, he returned to live with his parents in Oslo’s Sentrum district, kicking a ball around in a playground near Bislett Stadium close to his home. It wasn’t long before he went from playgrounds to stadiums. 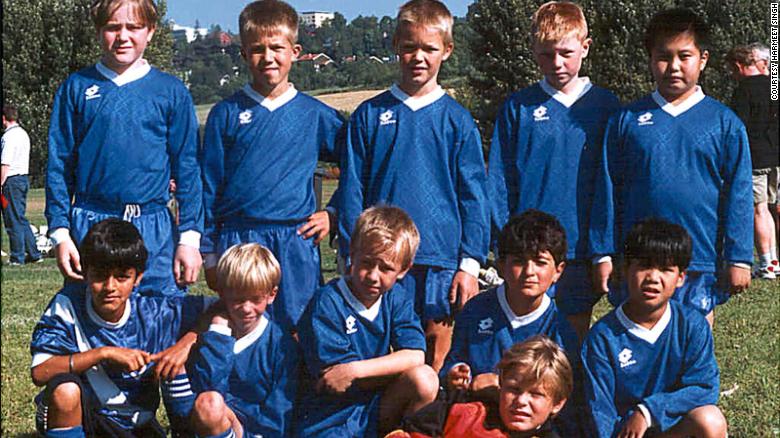 Harmeet Singh (front row, first left) with his first childhood club in Norway, Furuset – where it all began.

Singh’s family has fully supported him in his career. His mother would pack his breakfast and his father drove him to games. Other relatives attended his early matches and screamed their support so loudly that he had to ask them to keep quiet, he recalls, laughing.

Aged 14, he signed with the Norwegian team Valerenga. The central midfielder went on to represent Norway at youth level from the age of 15 until he was 21, debuting for the senior team in 2009. A goal he scored in the Norwegian Football Cup was nominated as Goal of the Year in the country.

‘I would choose India’

He has also played for clubs in Holland and Denmark and now appears for Finland’s HJK Helsinki, the Finish league’s reigning champions.

Despite the opportunities he’s had in Europe, Singh would play for India if given the chance.

“It was nice to play for Norway. But if the chance to play for India was there, I would probably choose India, because I could do more for India.” India, however, doesn’t allow dual nationality. 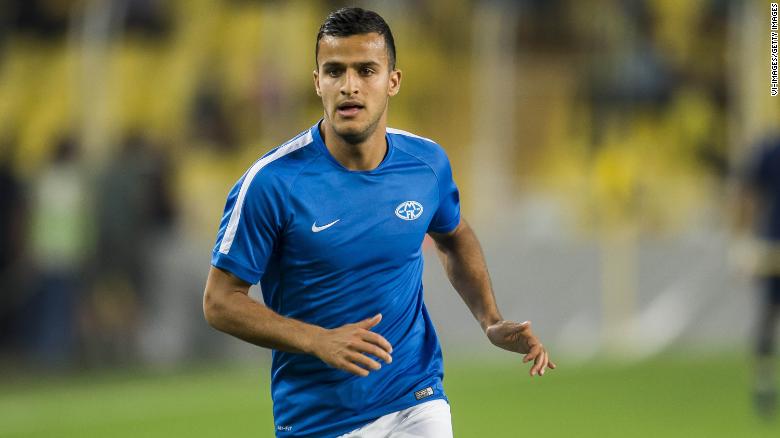 While the Indian game is being revamped, the nation struggles to achieve international soccer success. Singh believes it’s down to role models and cricket benefits from having stars such as Sachin Tendulkar and Mahendra Singh Dhoni flying the flag.

One of his ambitions is to open a football school in India. He believes that sharing European experiences of the game with aspiring Indian footballers is imperative because “the Indian league is not comparable to the leagues in Europe”.

‘It was harder for me than white players’

But it hasn’t always been a level playing field for Singh.
As he moved between teams in Europe, he had a short stint in Poland. “I didn’t like the environment.” Outside of football, he experienced situations that were “not nice” for a person of color.
While he has usually felt accepted in the game, Singh acknowledges that others have had it easier. “It was much more hard for me to break through to the first national team of Norway than probably some other white players.” 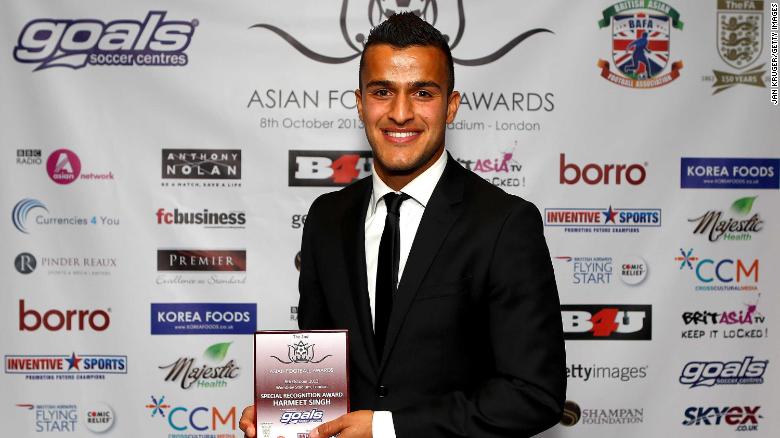 Success also comes down to who you know.
“We are not so accepted as we think we are. They always say there is no discrimination, you have to let your feet talk. But that is not always enough. Sometimes someone gets the chance, not with better skills, but because his father is a coach, or he knows the coach.”
But Singh never let prejudice stand in his way.
“I used to say to myself, when I’m going to be a football player, not if I’m going to be a football player, I’m going to open doors for the people of different origins, people like me.”
Although Norway is home, “India is like my heart.” He says he gets chills when he thinks about his motherland.
“In Europe, everyone is quite private, living their own lives in their own house. But in India… you see the people who don’t have anything, but they are so blessed because they’re just happy.”

‘Don’t compare me with Iniesta’

Singh is also influenced by his religious heritage. As he gets older, he feels the need to do more charity work “because this is a big responsibility as a Sikh,” the faith he was born into.
There are few Indian-origin footballers to look up to and he cites basketball’s Michael Jordan as his biggest inspiration, because of the player’s unrelenting “mindset” for success.
Indian media proudly adds him to a slow but growing list of footballing talent originating from the subcontinent as he makes his mark in Europe.
How does he feel about being called the “Norwegian Iniesta”? “He’s my role model. I don’t want to be compared with him. I don’t think there will be any players like Iniesta again.
“I am me, myself, Harmeet Singh. I’m just proud of who I am.”