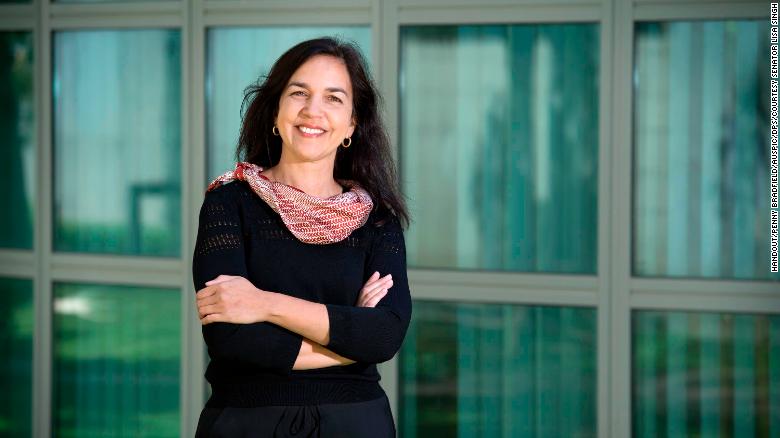 Singh’s great grandfather, Laxman Singh, was an Indian indentured laborer. At 19, he left Kolkata, capital of British-ruled India, in 1902 on a month-long ship journey to work on Fiji’s sugarcane fields.

After slavery was abolished in 1833, the British empire looked to India for replacement workers to enrol in a new system of forced labor.

“Indians signed a sort-of agreement,” says Singh, 47. “But they couldn’t quite say ‘agreement,’ they said ‘girmit,’ so indentured laborers became known as ‘Girmityas.'”

Singh still has the emigration pass that once belonged to her great grandfather, who originated from Gwalior in central India. 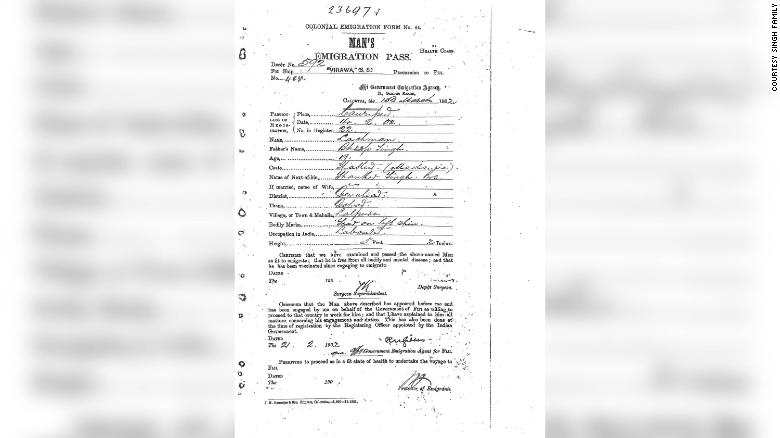 Last year, Singh visited Kolkata to see Kidderpore port from where he left, and the memorial built in honor of the thousands of Girmityas who sailed from India for a better life.

After Singh’s great grandfather got married and had children, he stayed in Fiji.

Singh’s grandfather, Ram Jati Singh, understood the importance of agriculture from his father and bought land in Bua to start a rice farm and also set up a school. 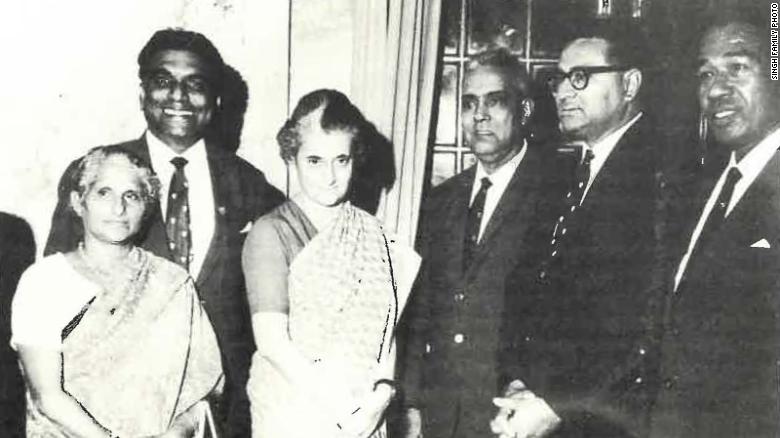 “In the 1960s, he put his farming and teaching on hold and stood for parliament,” says Singh. He went to India and sought the blessings of then Prime Minister Indira Gandhi to push for Fiji’s independence from Britain, that eventually happened in 1970.

He was also awarded an Order of the British Empire (OBE) by the Queen for his tireless work.

The courage to fight was a trait of her ancestors. Singh discovered through her family that their ancestors were Rajputs — an Indian clan who claim to be descendants of ruling Hindu warriors. 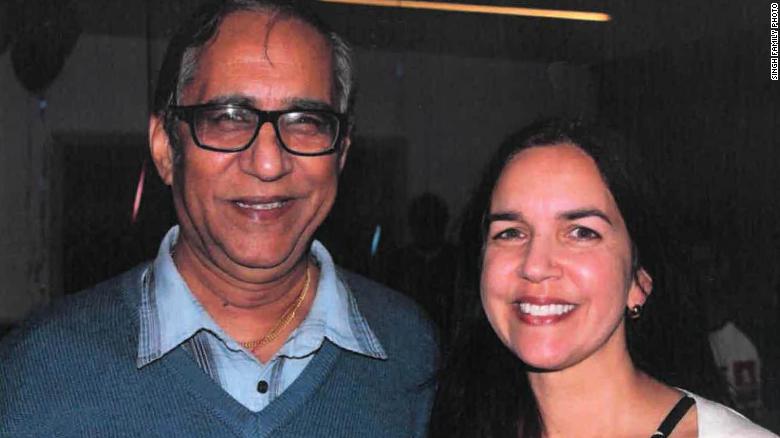 Singh’s father left Fiji for Hobart, Tasmania, as a student and later met and married her mother, who is Anglo Australian and had left Sydney for Hobart as a child.

“My dad was one of the original pioneers of the Fiji Australia Association of Tasmania,” she says.

The group was set up to forge connections between the different minority groups in Fiji. They would organize curry nights and Puja (Hindu worship) nights at each other’s houses, in the absence of a local Indian temple.

I never thought I would end up in politics

Singh, an opposition Labor Party politician in Tasmania, was born and raised in Hobart where she lives with her partner. She also has two adult sons.

“I never knew that I would end up in politics,” says Singh. “It is something that’s evolved over time as I’ve fought for different causes.”

In the early 2000s, Singh ran an NGO for migrant women’s rights, including paid maternity leave and protection against sexual harassment in the workplace.

“Some of these activities I was doing engaged me with politicians. I then worked for a senator and got a feel of what it would be like to be in that role and became a lot more politically active.” 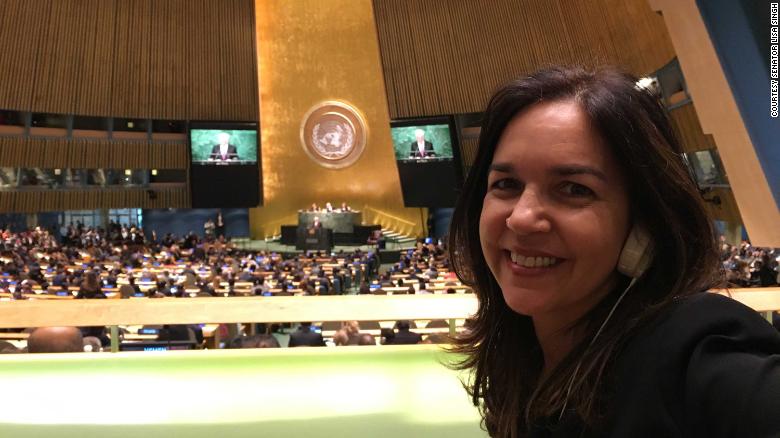 Lisa Singh at the UN General Assembly while an Observer for the Australian Parliament at the UN in 2016.

Singh was named Hobart Citizen of the Year in 2004 for creating a peace coalition during the 2003 Iraq War, organizing grassroot activities, especially for women and children who felt they would suffer because of Australia’s involvement in the conflict.

And she was awarded the Pravasi Bharatiya Samman Award, one of India’s highest civilian honors, for helping to build Australia’s relationship with India.

“We’ve been one of the most China-centric nations for a good couple of decades now. But in recent times, India’s economy has started to really grow. And Australia has recognized that.” 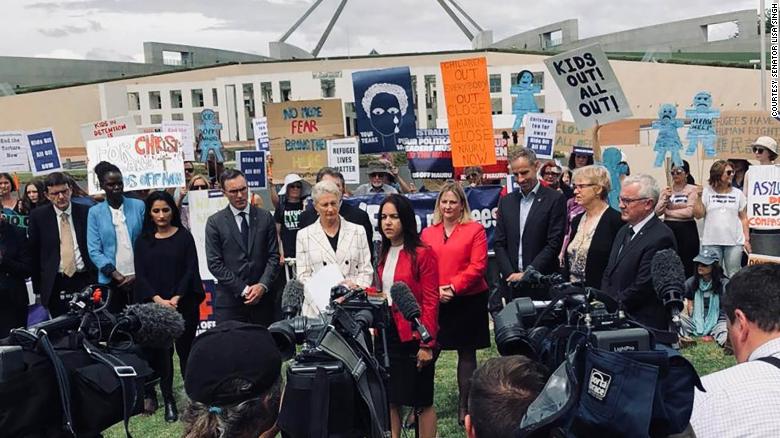 Although she is from a minority group, Singh has led a peaceful life in Hobart. “I don’t feel my identity’s been challenged. I felt sometimes like my identity needs explaining.”

She says she was shocked to become the only person of Indian origin elected into the Australian parliament as a Labor Party member of the Australian Senate for Tasmania. But she has used her position to connect with those she represents.

“Over the last near eight years, I’ve been embraced by the Indian diaspora in Australia.” She says there are “some 700,000 people of Indian origin living in Australia. It’s one of the fastest growing diasporas.”

Although Singh couldn’t look up to anyone like her when she was growing up, she works alongside inspiring people.

“I admire Penny Wong, who’s my leader in the Senate. She has a Chinese Malay father, so we’re a minority in the parliament.” 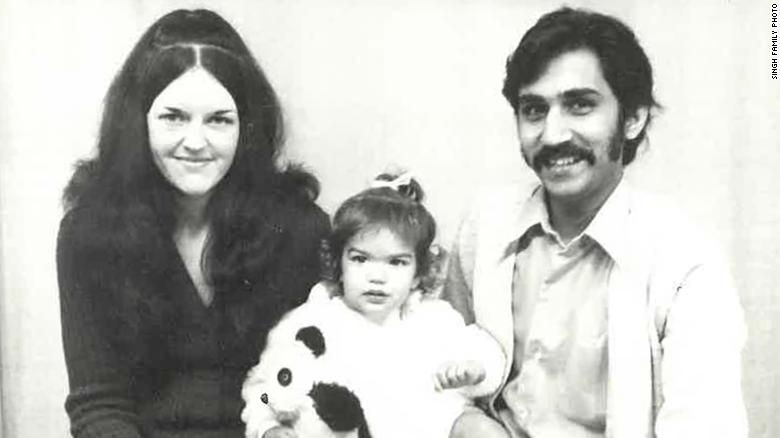 Lisa Singh with her parents, Lorraine and Uppi Singh.

Singh also cites Julia Gillard, Australia’s first female prime minister, as someone she respects. And in her personal life, her mother set a strong example. She became a single parent when Singh was nine and worked hard to give her a good education.

Singh has a positive outlook at times of adversity.

“There have been some challenges. But it’s a matter of believing in yourself. Whether you’re someone with an Asian background, a woman or anyone in a minority situation, sometimes you’ve got to get your voice out there a little bit louder.”